Getting a little personal

Some years ago I had a job I liked fairly well. I had been there about a year when the new guy arrived. It is my nature to be helpful and so I was in many ways. He gave off odd vibes but I choose not to attach anything to it. He didn’t know me, I didn’t know him, and he was new. Perhaps he was just shy and uncomfortable for those reasons.

Fast forward a couple years. Well, it turns out he wasn’t shy after all. He had made up his mind to treat me badly. He talked about me behind my back, was decidedly unhelpful when he could have been helpful. His actions said he would rather see me fail than lend a hand. I grew uncomfortable with the situation. I made attempts to talk to him. All were unsuccessful.

One night after work I decide to meditate on the issue at hand, gain some understanding and clear my energy through the use of creativity. The creative avenue that presented itself was that of writing. The energy gave birth to a short story called ” She Asked Him”  The story isn’t about the real life events, though there are vague similarities. The characters are male and female, but are not us. This snippet is from my feminine muse. As words flowed toward me I captured them on paper. When all was said and done, it became crystal clear that his role of antagonist in my life was not personnel but rather an opportunity for me to evolve further. Therefore, ‘twas a gift. How the story imparted its wisdom, well that’s the magic and the gift of creative energy set free.

When I got home I showered. I love the way water cleanses not only the physical body but the energy bodies as well. I went to my meditation area with pen and notepad as I often do. Through gentle breathing I went about quieting my thoughts. As I calmly looked within. I recognized an old wound of “not good enough” “unworthy”  “underserving of even a simple kindness”.  Yes, I recognized the old wounds but i did not feel them. Next came the tired banter of  “who do you think you are?” “You think you’re so great.”  Again, I did not feel it. There was no power.

The next thing to float through my awareness was this: the mans’ bad behavior was pushing for a reaction. In this quiet place of self exploration I could detect a weak and begging tone tempting me to dive in and give strength to the old story. No matter how unkind he was, this I could not do. I had worked diligently, for years, clearing and releasing old charge. The days of the shadow governing my very soul were over. Once free from such entanglements there is no turning back.

I remember when the light began to illuminate my inner world. The shadows cast were long and deep, creating a sense of many twists and turns. If light were to be my constant companion I would be required to understand, untangle and remove this dark energy. Diving deep to the root, to the very core was a must in order to disempower the shadow energy for good. Years of persistent devotion to clear the energy came with many failures until the many failures began to show signs of victory. More to come in other blog posts.

This night I choose personal power. In so choosing I was able to disempower even the tiniest of whimpers that called to resurrect old stories. 1) unworthiness and 2) who do you think you are?  I found it humorous that they were on opposite sides of the fence. You’re not good enough and you think you’re too good. It does make sense that someone feeling unworthy most of their life would put up a façade of being invincible. Yes that was me, long ago.

I put pen to paper and I wrote. Thoughts began to flow. Soon these thoughts became a story that liberated me, gave me an awareness I didn’t have before. And as Life loves the persistent lover of Life I was gracefully removed from this environment with a new opportunity and the realization of what good choices can do. Magic lives in and around those who love life Itself.

Energy is always energizing something. When we decide to remain empowered and flexible, knowing it is better to be the love than to exact payment for ill treatment, Life itself makes new arrangements on our behalf.  The clarity of my situation came after the meditation and after the writing. I simply waited, listened and watched as packets of information became useable and clear. I surrendered to the flow of pen to paper without judgement. This was, after all, a self healing journey. I had no need nor desire to push or pull it in any direction. I did have desire to surrender to the flow, to understand and to know what came next, if possible.

She did not trust him and it was right that she didn’t. Nor did she judge him but rather gave him many opportunities to be fair with her. Still, yet again, she found information coming to her from innocent sources letting her know he could not be trusted. For the time they would have to interact in this lifetime, she may never be able to trust him and so it was;

She asked him “Do you have a war going on inside ? He said,”No why?” She replied, “I feel a great duality within you. A war waging, a battle between light and dark. He said,” Well everyone has a great war going on inside.” She said, “ No that’s not so. I don’t have a great war waging within. There was a time when I most certainly did but that time has long since passed. Should I be divided within, I could not stand unwavering in what I believe to be right action. The conflict would weaken my stand and eventually erode my sense of self. That in turn would weaken all that I Am.

He replied, “Well you seems so sure of yourself, you think you’re better than me but you’re not. You are just like me.” She spoke softly “ No, I am not. I do not speak out of both sides of my mouth. I do not take what is not mine to take. Right action for me is to trust that all I need will come in the perfect time. This realization has changed my life. There was a time, and for many years, I lived in fear just like you. Afraid I didn’t or wouldn’t have enough, wouldn’t be enough. Those thoughts and feelings are in direct conflict with the Divine who always gives us all we need. We block the Divine flow. Then in our smallness, we bemoan, further blocking sustenance and substance necessary for a happy life on Earth.”

Now he is visibly angry

Frustrated and angry he glared at her. How dare she speak to him this way. Pacing, fist clenched he snarled, “Since you’re so smart, tell me why I can’t pay my bills, can’t afford to fix my truck, and why is my wife always sick? That’s costing me a fortune!”

She looked upon him with kindness, knowing in her heart what she would say next would not soothe him. His state of mind offered no avenue for such thoughts but she was inspired to plant the seeds for a different time.  A time when he was ready. She answered him saying, “Your wife has her own journey. I urge you to stand strong in seeing her healthy. You needn’t say anything out loud but it is a disservice to her for you to “see” her sick. It perpetuates sickness. Give kind loving attention and see her healthy. Encourage her to see herself healthy too when the time feels right.”

HIs expression grew more grim, his nostrils flared but he hadn’t walked away, yet. She could see the wall growing thicker, decided to continue to plant the seeds as time allowed. ” As for the bills, it is not an easy thing to shift your mind from what you don’t have to what you do have. In other words, shifting from poverty consciousness to prosperity consciousness. Life responds better if we see our needs fulfilled while feeling grateful for what we already have. The universe will respond in kind.  Anger begets anger, peace begets peace and so on. Living in joy, appreciating life for all that it is will open the Stream of Life. The flow brings us opportunity, prosperity, happiness, peace of mind, health and more.

He spat out,” Yeah that’s easy for you to say. You don’t have my problems.”  She replied,” No I don’t have your problems. I have challenges of my own. We can choose to have our troubles bring us closer to the Divine or further away. Use your energy wisely to create a life you desire.

The invisible wall between them was fully engaged. He shook his head, mumbled under his breath, gave one last searing glance in her direction and walked away. She smiled and said a pray.

I could call it strange, how a story brings revelations, but I think the word is magical. It was interesting to me that the female character spoke of no longer having a war going on inside and that not everyone does. As for him, his first response was one of denial then said he believed that was the way of it, for everyone. Hearken her words near the end when she spoke about his wife, asking him to see her healthy rather than sick, to look at and be grateful for what he has rather than what he doesn’t have. Here then, is another step in creating our reality. I think it is good to note that not everyone has an inner war raging. We may not be free of all entanglements but perhaps the way through is not a war but a journey consciously taken. Let’s use the tools we have at our disposal.

I love how creative energy, no matter what the medium, can induce an altered state allowing for new perspectives, awareness and new levels of clarity. All we have to do is open our mind, keep an open heart and not get in the way. Trust and Let the Magic unfold as it were. 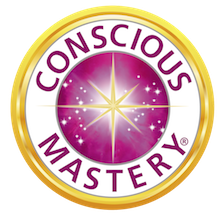